When Brandon Freel opened Imperiale Beer Café four years ago, he knew that his ultimate goal was to eventually brew his own beer.

“We wanted to be able to put our spin on the endless options and flavor profiles you can achieve with different beers while adding some flavor from local agriculture and businesses,” said Brandon. After gaining years of experience serving other people’s creations, and building an incredible team along the way, it was time to make the transition. Along with the shift in focus came a new name and new location. A different space was needed for the brewing operation, and switching from Imperiale Beer Café to Imperiale Beer Project allowed the café title to be saved for potential future satellite locations, should Brandon choose to go that route.

Imperiale Beer Café was a bar that focused on a constant rotation of different beers from all over the world for draft or to-go purchases. Brandon had a strong desire to be a destination for genuine beer fans. “I think the last time I checked before we sold the café in August, we were at around 1,700 different beers on tap,” said Brandon. Now Brandon will be mainly focusing on his own beers, crafted by head brewer Vito Delucchi, with select draft options from friends as well. “Also, this time around we will be ‘family friendly,’ having a full kitchen with food.” The plan is to offer a rotation of different styles of beer with Brandon’s own twist. One beer in particular that he is working on will be called a “Brentwood IPA” because of the large amount of corn in the recipe. “Hopefully we will be making one with actual Brentwood corn at some point!” As for the food, Brandon wants the kitchen to operate in a food truck style, meaning a shorter list of items which are creatively executed to bring out amazing flavors that complement their brews

As the hunt for a brewing location began, an opportunity to move downtown presented itself, and Brandon couldn’t say no. “Being downtown would put us in an area that we can see actively growing and an area we see great potential in,” said Brandon. Despite offers from developers in other cities like Concord and El Dorado Hills, Brandon knew he wanted to keep his business in Brentwood. “My wife and I love the community out here and think it’s very rare to live in an area that’s this closely knit. We have met so many people, made a ton of new friends and relationships, all through simply opening a business.” Brandon was able to see his direct impact on the community through events and donations for the fire department, the VFW, different community outreach programs, and almost every school in the area. 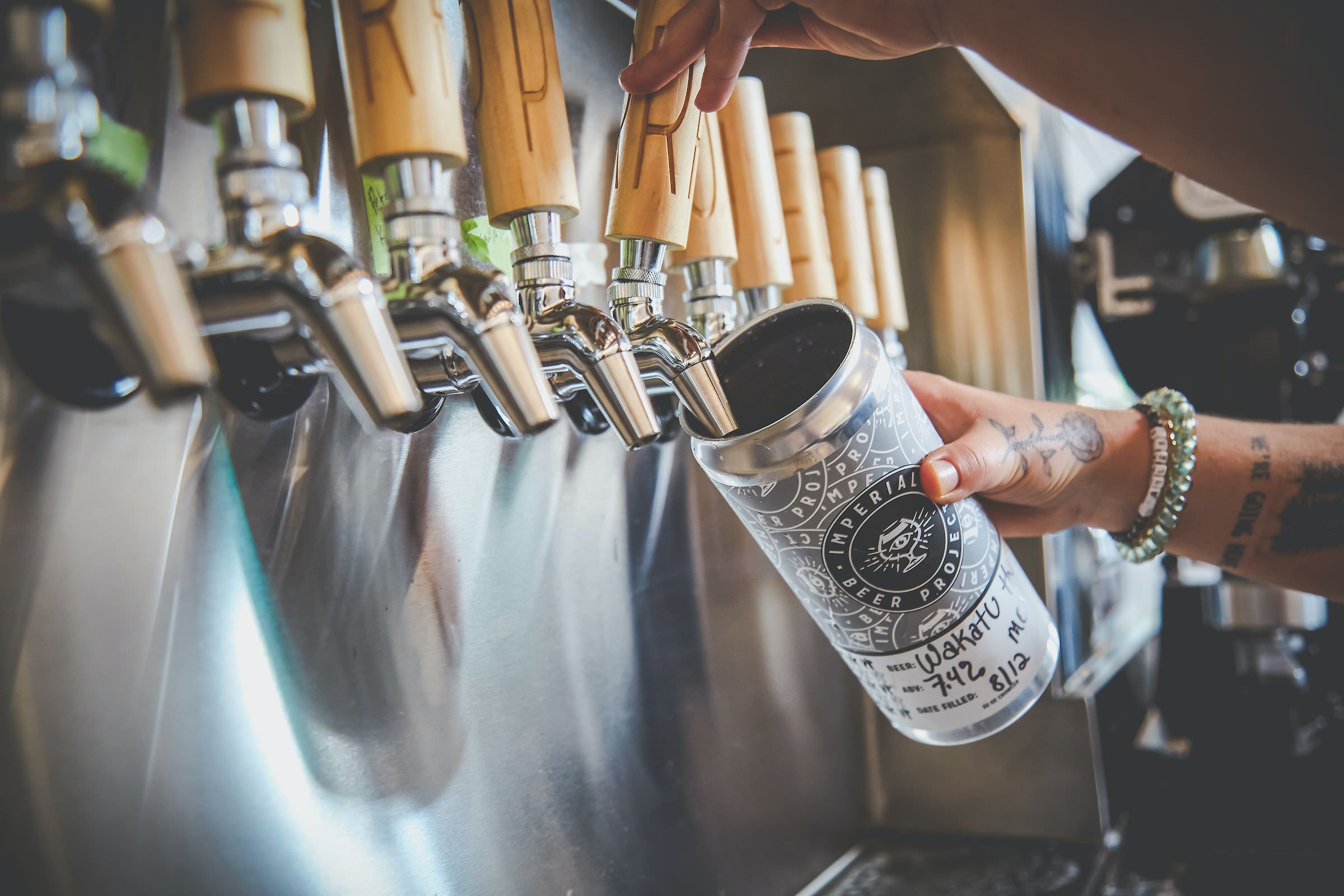 With this being his second business, the local community is already familiar with Brandon and the Imperiale Beer name, which means expectations are set. “We received a good number of compliments on the last location’s aesthetic, ambiance, food, drink, and overall vibe,” said Brandon. “Because of that we feel like we have more eyes watching us this time around, and we want to make sure we deliver.” Brandon’s goal with Imperiale Beer Project is to make world class beers, food that people crave, and an experience that sets high expectations for customers. Brandon’s wife Jessica has worked tirelessly on the design of the new space as well as handling the artwork, logos, website, and any other creative aspect of the business, maintaining the welcoming atmosphere customers already know and love. Some original Imperiale Beer Café staff are coming along on the new journey as well, helping to keep the brand strong and customers excited. “A lot of breweries plan on large growth and wide distribution as their goals,” said Brandon. “We would be happiest if we stayed roughly the size we are now and were able to operate at capacity while being able to focus on quality rather than quantity. We think everyone will love the space we built, as well as the amazing beers and food we plan on offering.”