There's a great story behind each business 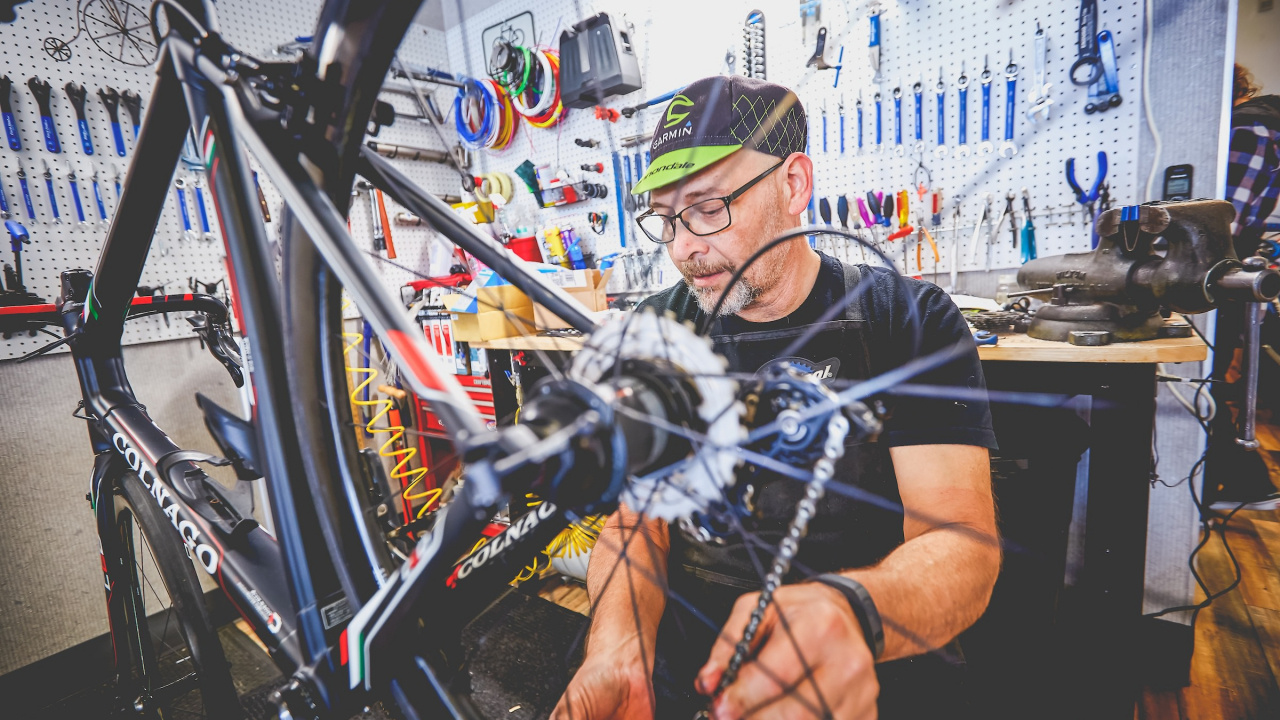 Being fascinated with bicycles from an early age, Ron Lopez was destined for the cycling world. His first job at

the age of 13 was with Schwinn City in Antioch, which had been a bike shop since 1940. The owner was familiar with Ron since he spent a lot of his free time there, so he asked Ron if he knew how to work on bikes. Ron enthusiastically assured him that he could fix any bike, so he hired Ron on the spot. The rest was a natural progression. 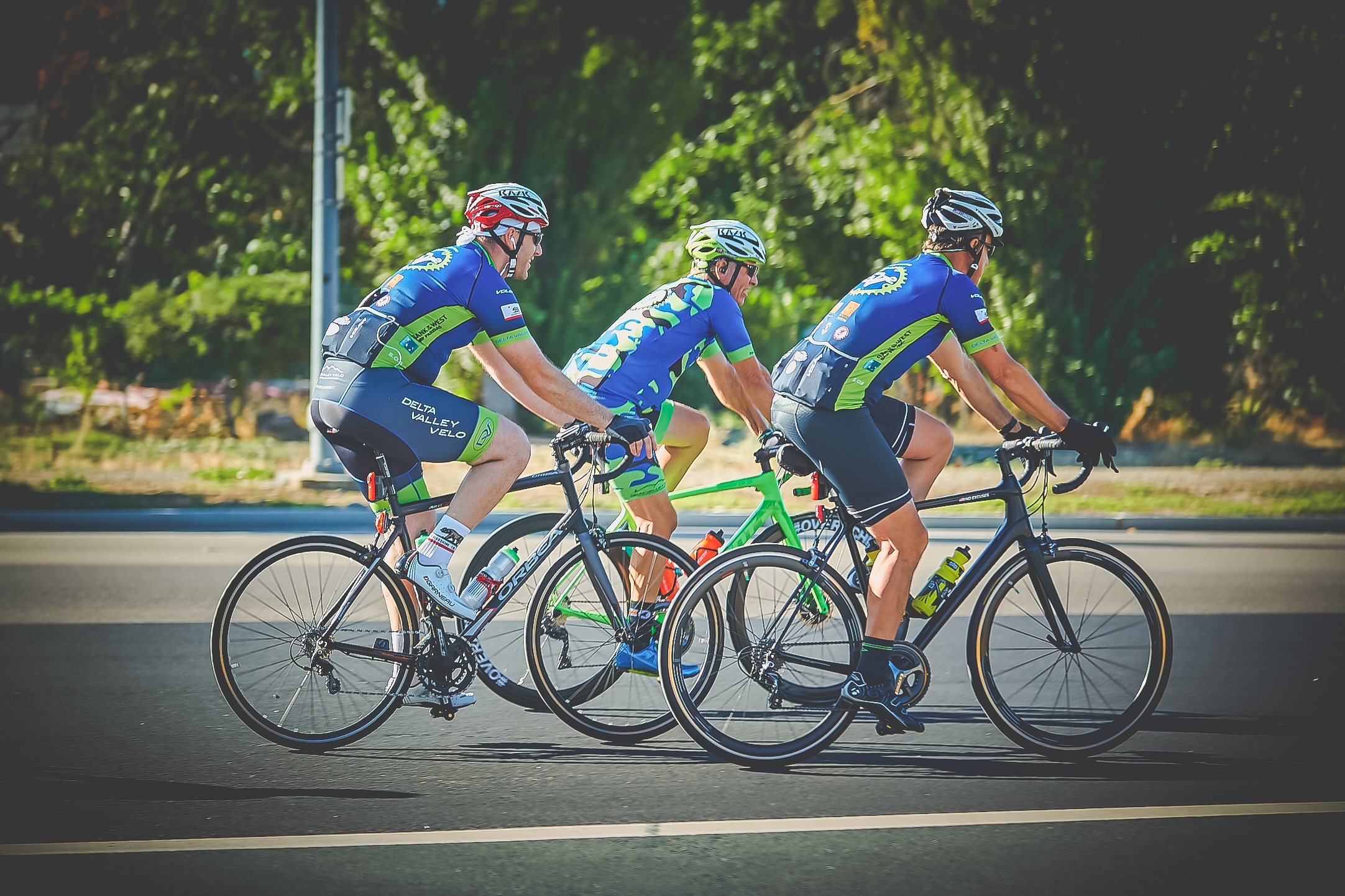 In 2007 Ron and his wife Kelly found out that the shop owner hadn’t announced it, but he was planning on selling the store after owning it for more than 30 years. “We heard from a mutual friend that nobody was stepping up to buy the shop,” said Kelly. “In about five days we had to decide if we wanted to buy a bike shop and where we would get the necessary money. Within a weekend we were able to get the money, and on Ron’s birthday we officially took over.” Kelly still had a full-time job in San Francisco at the time, so it was hectic with Ron running things pretty much on his own. Kelly eventually switched to part time and then further down the road she joined her husband completely. “Ten years went by very fast,” said Kelly. “That was a busy shop, but there was a big chunk of the new population in the area who didn’t know we existed in Antioch.” 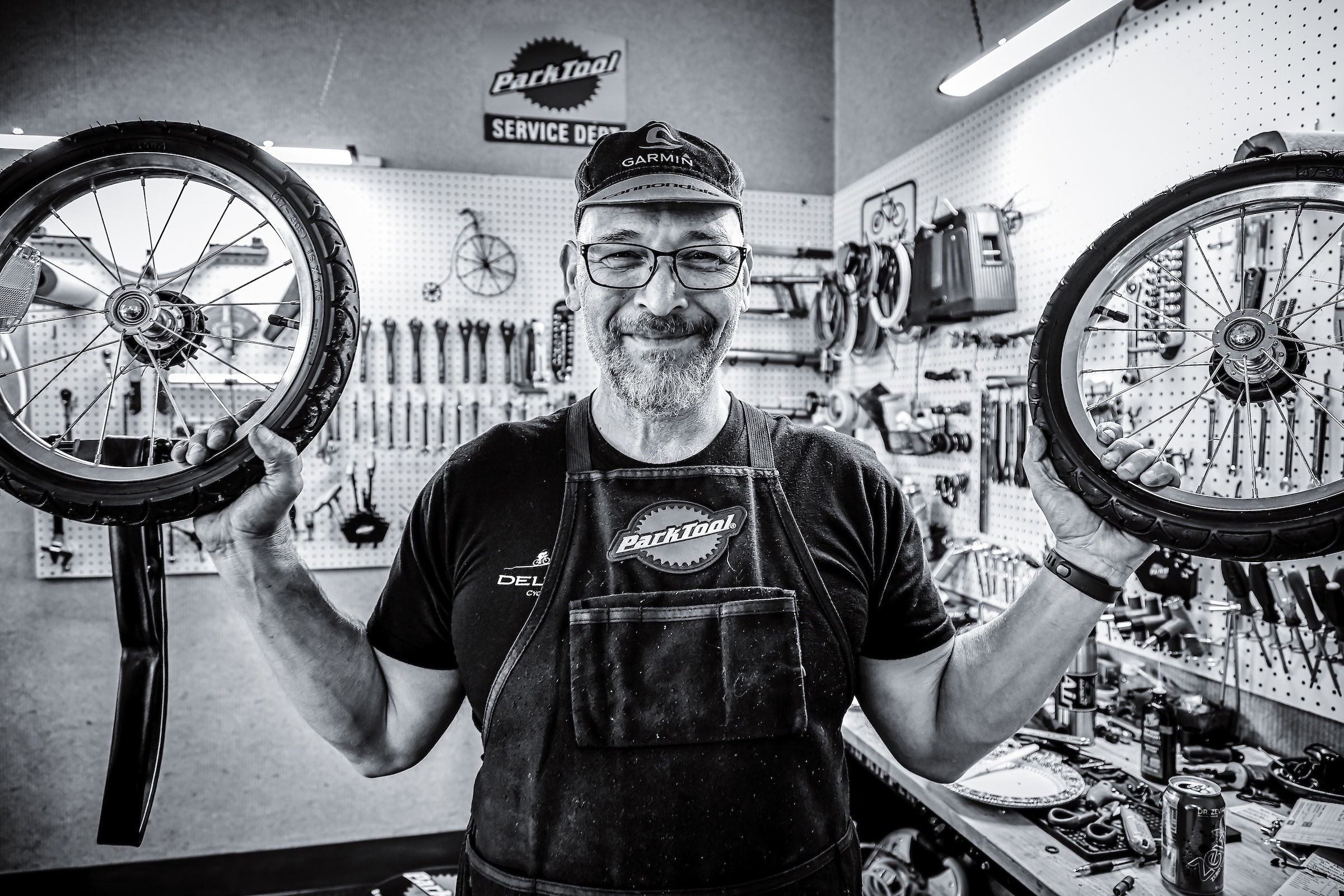 Ron and Kelly knew they wanted to move the shop to a new location, but it took them several years of searching before finding the ideal spot. The Bike Shop opened at 1185 Second Street, Suite F in September of 2018. “We were working and selling things out of boxes as we went. It took some time to get things completely set up since it was a new store layout. Those first few months were a whirlwind, but people were excited that we were here.” The Bike Shop’s previous storefront was in a part of Antioch that didn’t have any other shopping close by, so they were missing out on business from passersby who perhaps were simply window shopping and stumbled into their store. Their business was primarily from patrons who traveled to see them specifically. “We wanted more visibility,” said Kelly. “We also wanted to be closer to a bike trail. Out here there are a lot of people that cycle and a variety of places to ride. Being close to that was important to us.” It’s also helpful to be in a town that serves as the main hub for multiple bike clubs. 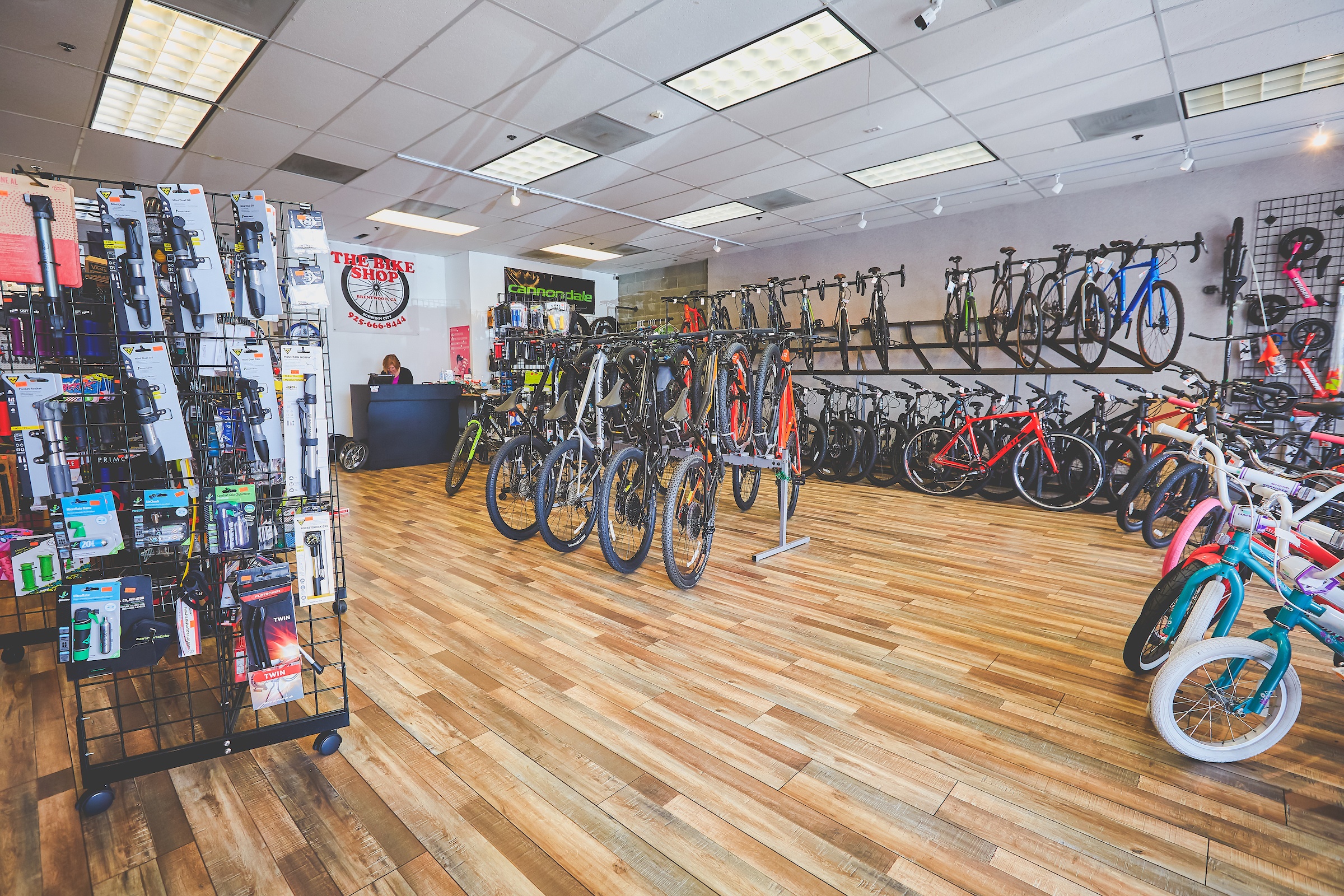 The Bike Shop is a full sale and full-service shop. They offer bikes ranging from children’s bicycles to $10,000 cycling bikes, all of which come with lifetime maintenance for free. “Anything that can be adjusted is done so for free as long as you don’t break it or wear it out. General things like shifting, breaks, and wheels need to be buttoned up maybe a couple times a year, and if we maintain it for you, your bike will last longer,” said Kelly. They also provide repair services on any bike dating back to the 40s all the way up until now. “Ron has a vast knowledge of the industry in general and has been working on bikes for decades.” The other service that Ron and Kelly offer that many people may not know is repairs on walkers and wheelchairs. “They have a lot of the same things that bikes do like brakes, tires, and tubes. The medical industry is very expensive, and they won’t fix the item for you, just sell you the part. We have access to the same things they do.” 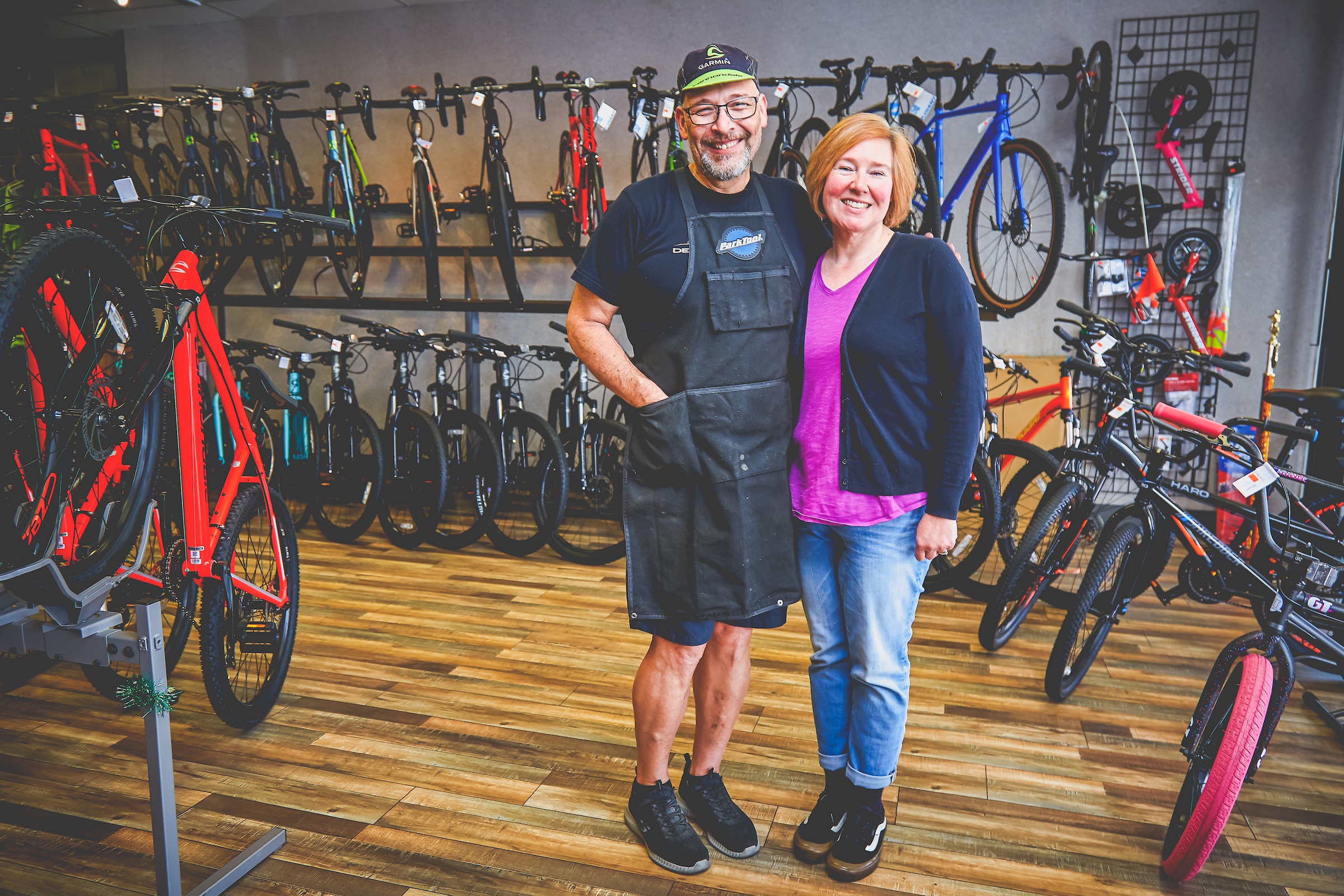 In an era where a lot of shopping has shifted to online, The Bike Shop holds tight to the idea of seeing, touching, and testing out a set of wheels before making the investment. “We try to make sure that we stay stocked on everything as much as we can. We really hope to continue to provide the personal service that we do, continue to support the community, and promote cycling as a family fun activity as well as a healthy lifestyle. Who knows, maybe we’ll eventually expand.”